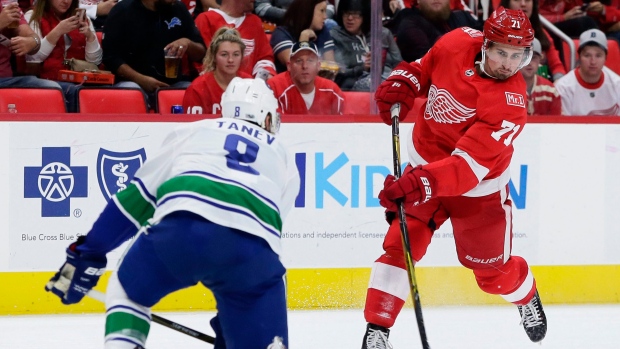 Some members of the Detroit Red Wings have found something to complain about in their new $863-million home ­– the ice.

The Red Wings have played four games at Little Caesars Arena this season, and forward Gustav Nyquist said he's learning to adjust his playing style to the poor conditions.

“Halfway through the periods, if the puck starts bouncing, you just have to take more care of it,” Nyquist told the Detroit Free Press. “Make sure you are maybe not trying to make that extra play because it might roll on you instead of making a safer play.”

Including the preseason, the Red Wings have played just five times at their new home and team captain Henrik Zetterberg believes the ice has improved over the past few weeks since their debut.

Zetterberg noted the ice surface at the new arena is similar what the team plays on in most other arenas, though he hopes it will improve in Detroit.

The Red Wings spent 38 years at Joe Louis Arena before their move this season. The team is off to a 1-2-1 start at home this season.