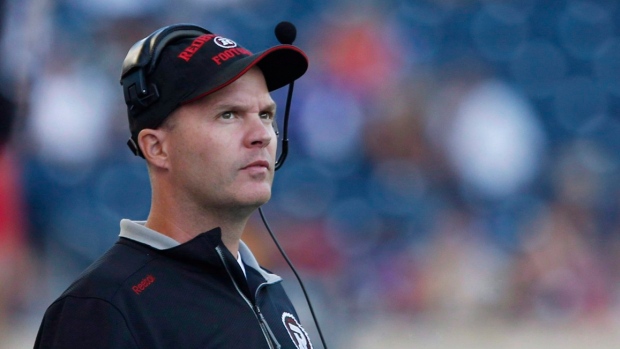 The Ottawa Redblack have been fined $5,000 and received a charge against their salary cap for violating the CFL's roster rules, according to TSN senior correspondent Gary Lawless.

Lawless reports the fine stems from the Redblacks having a player on their six-game injured list taking part in on-field activities with a practice roster player.

The Redblacks will be the second team to be fined by the league for a roster violation this season, joining the Saskatchewan Roughriders.

Ottawa sits first in the CFL East Division with a 5-4-1 record.