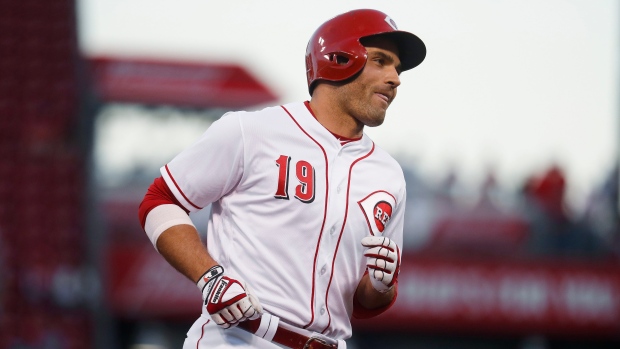 GOODYEAR, Ariz. — Joey Votto has spent the off-season trying to make sure he doesn't have another subpar season.

The Cincinnati Reds star led the NL in on-base percentage last year but hit 12 homers, his fewest in a full season, and batted .284, his lowest since 2014. He had 67 RBIs.

"It was the first year where I had a poor offensive year," the Toronto native said. "It is hard to speak on this without sounding arrogant. I've always performed at a certain level. Last year was a bit of a shock. I didn't perform anywhere near to what I'm used to."

Votto, who turns 36 in September, was hit on the right knee by a pitch from Ryan Madson in August and went on the disabled list. His numbers were down even before the injury.

"I did things differently, so I hope it works," Votto said. "Intuitively, I know why I wasn't ready and came up short last year. I just made sure I didn't do that again and learn from my mistakes. I feel very confident. I'm excited to work."

Votto is owed $25 million annually through 2023, and the Reds have a $20 million option for 2024 with a $7 million buyout. He has spoken over the years about his desire to help the Reds become a winning team again.

"We've added All-Stars," Votto said. "We've added guys with long track records. They have a lot of things to gain by playing very well here. Hopefully, we carry that into a winning performance."