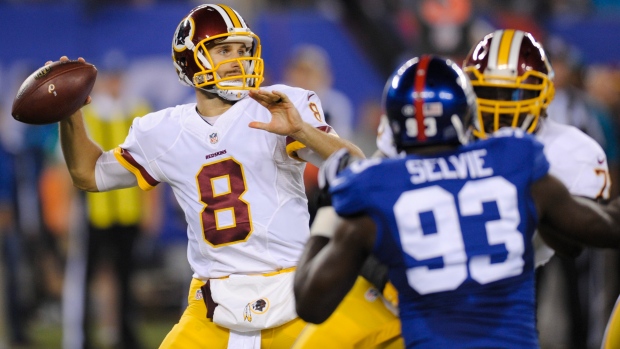 Kirk Cousins struggled in the Washington Redskins’ Thursday Night loss to the New York Giants, but there is still no quarterback controversy in Washington.

"Kirk was fine," Gruden told reporters after the game.

"We've got to play better around him. There is no quarterback controversy whatsoever."

Cousins finished 30-49 for 316 yards and two interceptions in the Redskins’ 32-21 loss to the Giants. Through three games this season, the former fourth-rounder has four interceptions.