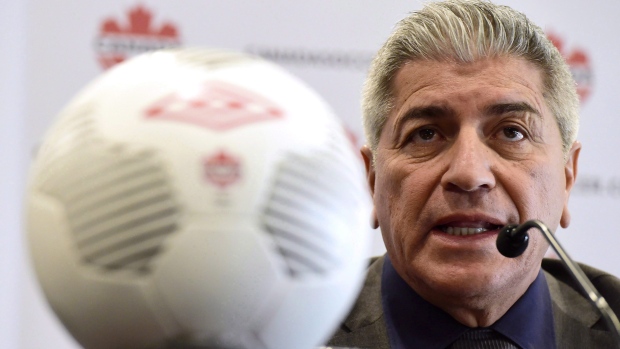 The association announced Saturday afternoon that Reed will serve the remaining three years of Montagliani's four-year term. Montagliani had to relinquish the position after his election as CONCACAF president.

Montagliani's time as president was a golden age for the organization. Canada Soccer hosted the record-setting FIFA Women's World Cup in 2015, won back-to-back medals at the Olympics in women's soccer, and set a single-match attendance record for a Canadian national team event — of any sport — ever held in this country.

"The highlight of my time as president was, of course, the opportunity to host the FIFA Women's World Cup Canada 2015," said Montagliani. "It was a watershed moment for Canadian soccer. The record crowds that flocked to those matches were a clear demonstration of the way the culture of soccer in our country has changed."

He has been active in soccer for more than 50 years as a player, coach, and administrator. He has been a Canada Soccer board member since 2006 and vice-president since 2012, He has been an active member of several Canada Soccer committees as well as a member of the national organizing committee for the record-breaking FIFA Women's World Cup.

The members also declared their support for Canada's joint bid with the United States and Mexico for the 2026 World Cup as well as the formation of the Canadian Premier League.

The Winnipeg Blue Bombers of the Canadian Football League have confirmed that they are looking into creating a Manitoba-based franchise for the Canadian Premier League and that there is also an ownership group in Hamilton interested in starting a soccer team. The league is targeting a start date in the fall of 2018.