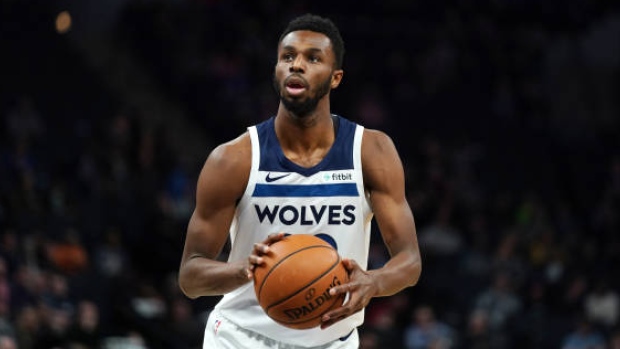 MINNEAPOLIS — Minnesota Timberwolves coach Ryan Saunders was eager to work after a restless night, a lack of sleep that was not attributable to the nocturnal habits of his 7-month-old son.

His team was the cause after a late-game collapse so stunning it's all but destined to serve as the defining moment of the season no matter what else comes down the stretch.

“We put ourselves in the history books for the wrong reason," said star centre Karl-Anthony Towns, who has not been on the floor for a victory since Nov. 27.

The Timberwolves lost a 17-point lead on Sacramento on Monday with just 2:49 left in regulation, proceeding to lose 133-129 to the Kings in overtime. According to ESPN research, this was the first time in 8,379 games — since the tracking of NBA play-by-play data began with the 1996-97 season — that a team trailing by 17 or more points in the final three minutes had rallied to win.

“Trust me, I understand, especially as a Minnesota fan, a game like last night hurts. It does. It hurts all of us,” said Saunders, who is 32-57 since taking over midway through last season. “But we mean it when we say we’re going to focus on today. We use last night as a stepping stone to get better.”

The Wolves were up 119-113 with 34.9 seconds on the clock when Shabazz Napier went to the foul line and missed both tries. Buddy Hield's 3-pointer and De'Aaron Fox's intentionally missed second free throw he turned into an uncontested layup with 3.6 seconds remaining for the Kings forged a tie that was unfathomable just a few possessions earlier.

Saunders did his best to appear buoyant Tuesday when he addressed reporters before practice, promising “a healthy film session” to make sure the players fully digested all their late-game sins. With four days before playing again on the road against the Los Angeles Clippers, the Wolves will have plenty of time to process what went wrong.

Towns was still stinging, speaking in a hushed tone with a few scowls and winces preceding clipped answers to questions in a brief media session.

“We've just all got to be committed to this and then go from there,” said Towns, who missed 15 games with a knee injury from mid-December to mid-January.

The cruelest part of the outcome for the Wolves on Monday was the way the first 45 minutes went. They made a franchise-record 23 shots from 3-point range in 46 attempts, with Wiggins contributing a career-best 7-for-11 performance on his way to 36 points.

Under the guidance of new president of basketball operations Gersson Rosas, with Saunders all in from the sideline, the Wolves have embarked on a sharp shift in style this season to play a faster-paced offence that features the do-it-all Towns and a heavy dose of long-distance shooting.

Growing pains have been pronounced, and the work-in-progress defence is another story of its own.

“The system works. That’s really it. It works,” Towns said. "We’ve just got to fix it.”

Energy doesn't have to be hamstrung by strategic hiccups, however, and the hustle plays that are necessary to any team's success have been largely missing lately for the Wolves.

“When you do go on losing streaks, you've got to pull yourself out of the mindset of, ‘Oh, here we go,'” Saunders said. “It’s got to be moving on to the next play.”