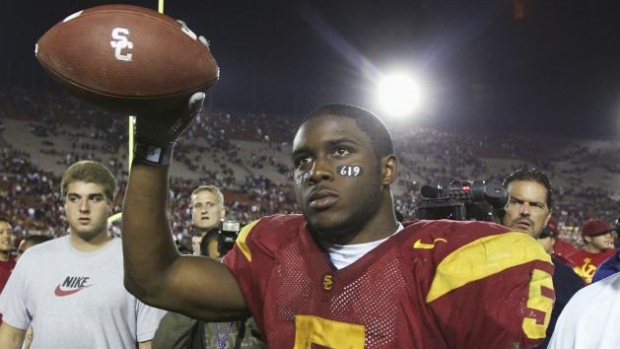 "Guidance is the one thing that young athletes coming through the college system miss on so much," Bush said in a recent interview with Playboy. "I missed on it. They're about to start paying college athletes. This is something that has never been experienced before, and it's going to destroy some people if their foundation is not in the right place."

Following his star-studded career as a running back at the University of Southern California (USC) from 2003-2005, the NCAA, per ESPN, ruled that Bush received improper benefits, which included, among other things, lavish gifts and a rent-free home for his parents.

As a result of the NCAA’s investigation into Bush, USC was handed heavy sanctions in 2010, including losing 30 football scholarships over three years and having 14 victories in which Bush played in from December 2004 through the 2005 season vacated.

Current Seattle Seahawks coach Pete Carroll, Bush’s head coach during his collegiate career, left USC for the Seahawks a few months ahead of the NCAA panelizing the school. As well, Bush decided to forfeit the Heisman Trophy he won in 20045 after the USC’s sanctions were announced.

"The one thing I wish I had early in my career is proper financial knowledge," Bush told Playboy. "I hired good agents, and I hired a good team. But I allowed that good team to make decisions for me. I’m not saying I’m going bankrupt, but if I had the proper knowledge back then, some things would be different.

"People just assume, "Well, you got all this money, so you’re good." It’s actually the opposite. The more money you have, the more danger you’re in. Because now you’re a freaking open target for a lot of people. It’s a nasty world out there, and it’s about to get nastier. You’re going to really start to see the true colours of a lot of people, and a lot of businesses too. You’re going to see people doing some crazy stuff to make money, because our market is crashing."