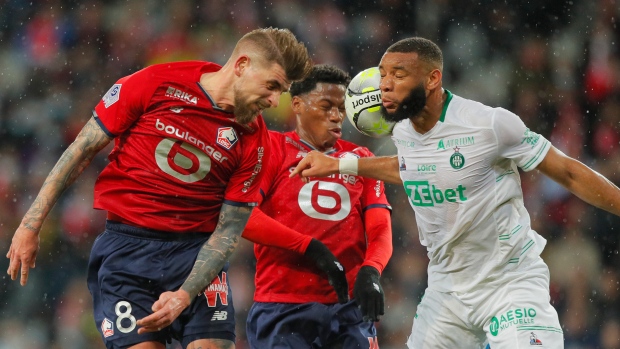 The Portugal international went off midway through the first half with a left thigh injury. He is doubtful for the Champions League match at home to defending champion Chelsea on Wednesday, with Lille trailing 2-0 from the first leg in the round of 16.

It was a fifth league game in a row for Lille without conceding a goal but also a missed opportunity to move closer to fourth place and an automatic Europa League spot.

Lille is three points behind fourth-place Rennes, having played an extra game.

Saint-Etienne coach Pascal Dupraz is continuing the club's improvement and the draw moved Les Verts up to 16th spot ahead of this weekend's games.