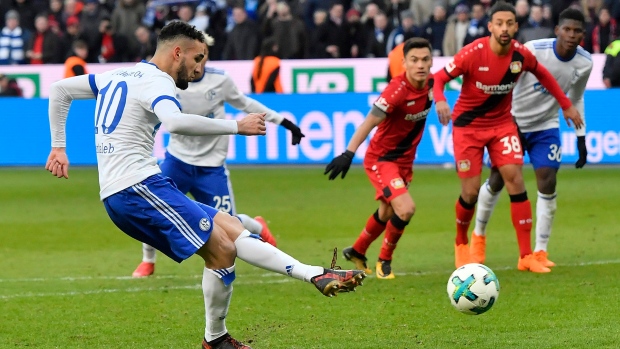 Nabil Bentaleb is headed back to the Premier League.

The Algeria midfielder is undergoing a medical at Newcastle ahead of a six-month loan spell from Schalke, BBC Newcastle reports.

Bentaleb signed a four-year deal with the Bundesliga side in 2017, but has since been frozen out of the first team. He was disciplined by the club for unspecified reasons last spring and has not featured at all this season.

The arrival of Bentaleb comes at a time that Toon is once again struggling with significant injury problems.

Steve Bruce's club will be without the services of defenders Jetro Willems (ACL) and Paul Dummett (Achilles) for the rest of the season after the pair picked up injuries during Toon's 1-0 win over Chelsea on Saturday.

The team is already without the services of strikers Andy Carroll (groin) and Dwight Gayle (thigh), midfielder Jack Colback (knee) and defender DeAndre Yedlin (knee) among others.

Sitting 12th in the Premier League, Newcastle travels to Liverpool to take on Everton at Goodison Park on Tuesday.