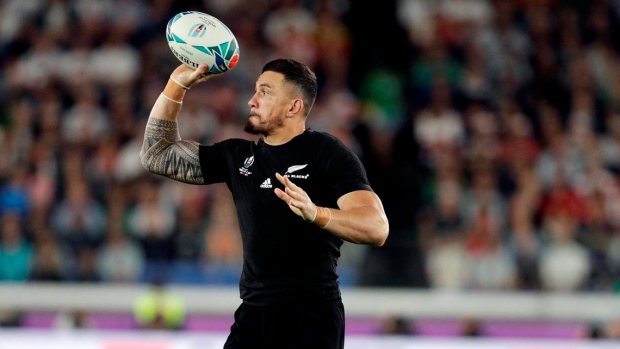 It appears the Toronto Wolfpack have bolstered their roster ahead of their debut season in the Super League.

According to Nine News Sydney, New Zealand All Blacks star Sonny Bill Williams has accepted the team's two-year, $10 million offer, which is the largest contract in the league's history.

Sonny-Bill Williams is heading BACK to Rugby League; and the @sydneyroosters have WITHDRAWN their offer to Latrell Mitchell. #9News pic.twitter.com/ytGDC3ssxj

Wolfpack majority owner David Argyle said earlier this year that the club had interest in the New Zealand second row.

"We look at the best talent in the world — Sonny Bill is one of those talents. In 2018 there was an outreach by the club to Sonny Bill Williams' agent for him to come here," Argyle said.

"We want to secure one of the top five rugby players in the world to come to Toronto. That continues to be our ambition. We'll do everything possible ... to get one of them here.''

The All Blacks won bronze at Rugby World Cup last week after being defeated by England in the semifinals.

A native of Auckland, Williams is one of only 20 players to have won multiple World Cups, triumphing in both 2011 and 2015.

The Wolfpack will begin their season Feb. 2.