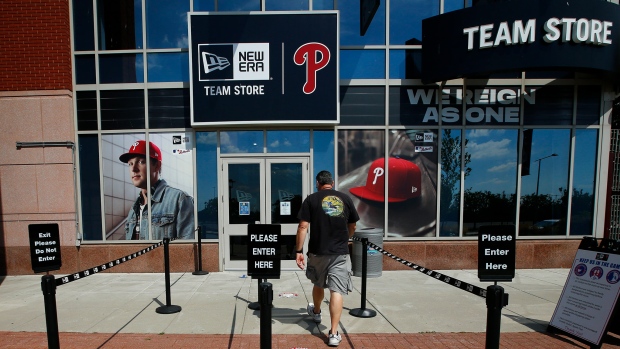 All of the Philadelphia Phillies coronavirus tests came back negative for a second consecutive day, according to a report by Jeff Passan of ESPN.

The tests were administered to both players and staff members.

For the second consecutive day, all of the Philadelphia Phillies coronavirus tests for players and staff members have come back negative, a source familiar with the situation tells ESPN.

The Phillies were set to host the New York Yankees on Monday and Tuesday, but both games were postponed after their previous opponents, the Miami Marlins, had an outbreak of COVID-19 among their team.

Wednesday and Thursday games in New York against the Yankees were also postponed.

The plan was for the Phillies  to return to action on Friday against the Toronto Blue Jays, however that came has been pushed to a Saturday doubleheader according to Ken Rosenthal of the Athletic.  The series will be played at Citizens Bank Park due to the Jays’ temporary home in Buffalo not being ready to host a Major League game.