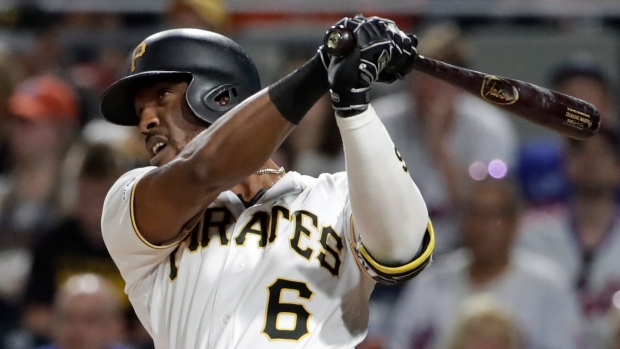 PITTSBURGH — Starling Marte is heading to the Arizona Diamondbacks.

The Pittsburgh Pirates sent the two-time Gold Glove outfielder and 2016 All-Star to the Diamondbacks on Monday for prospects Liover Peguero and pitcher Brennan Malone. The Diamondbacks received cash considerations as part of the deal while Pittsburgh obtained $250,000 in international signing money.

Marte served as one of the core members of the group that led the Pirates to three consecutive playoff berths from 2013-15. He reached the All-Star game in 2016 but also served an 80-game suspension in 2017 after testing positive for steroids.

The Pirates are in the midst of a rebuild after revamping their leadership structure following a last-place finish in the NL Central in 2019. The ascension of outfielder Bryan Reynolds during a breakout rookie season in 2019 and Gregory Polanco's expected recovery from shoulder issues that limited him to 42 games last season gave Pittsburgh all the flexibility it needed to move Marte.

The Diamondbacks selected Malone with the 33rd overall pick in the draft last season. The hard-throwing right-hander was considered one of the top prospects in the Arizona system. Malone went a combined 1-2 with a 4.50 ERA in seven appearances in Class A.