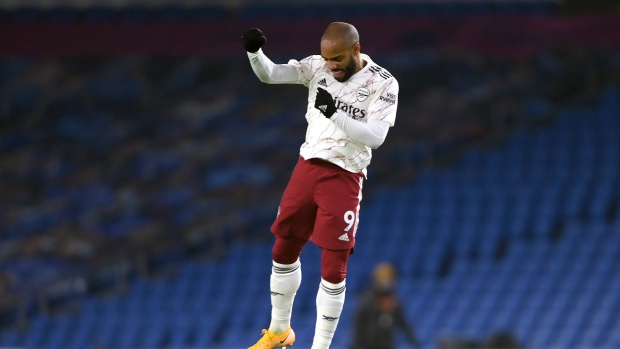 Alexandre Lacazette has one year remaining on his contract with Arsenal, but might not see it out.

Italian outlet Calciomercato.com reports the France striker is seeking a move abroad with his representatives already sounding out potential transfers.

The 29-year-old Lacazette has reportedly been offered to Juventus, Atletico and Barcelona with no extension talks with Arsenal currently slated.

A native of Lyon, Lacazette came up through the academy of his hometown club and made his senior debut in 2010. By 2011, Lacazette was a regular in the first team. In 2014-15, his 27 goals were enough to capture Ligue 1's Golden Boot as the league's top scorer.

He joined Arsenal in the summer of 2017 in a £46.5 million transfer, the largest deal in Lyon club history.

While Lacazette's scoring in the Premier League didn't the heights of his Ligue 1 prowess, he's been a consistent producer for the Gunners, scoring no fewer than 10 goals in his first three seasons in England.

Through 23 league matches this season, Lacazette has nine goals.

In all competitions, Lacazette has notched 59 goals in 158 Gunners appearances.