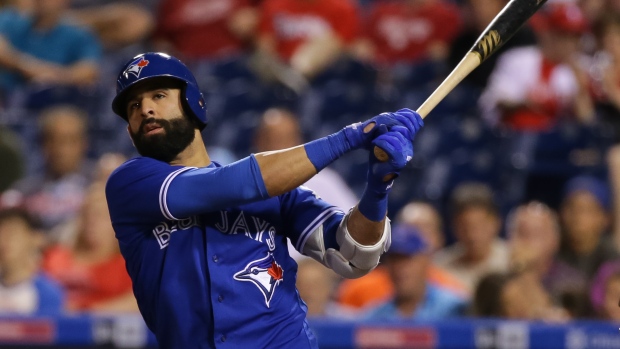 Jose Bautista could be staying in the American League East, but just not with the Toronto Blue Jays.

The Boston Globe's Nick Cafardo reports that not only will Bautista reject a qualifying offer from the Jays, he could look to the Boston Red Sox as his next landing spot.

Bautista, 36, is expected to get a qualifying offer from the Jays - this year's QO comes in at $17.2 million - but is expected to be in search of a longer term deal. Cafardo adds that Bautista, despite missing 46 games due to injury this season, will have multi-year offers on the table.

The allure of the Red Sox is a familiarity with manager John Farrell and third-base coach Brian Butterfield from their time in Toronto, as well as his love of playing in Fenway Park.

Teams have up until the fifth day after the conclusion of the World Series to make a qualifying offer to a free agent. The player then has a week from receiving the offer to accept or reject it.

The Jays are also expected to make a qualifying offer to designated hitter Edwin Encarnacion and are weighing the options of an offer to outfielder Michael Saunders.