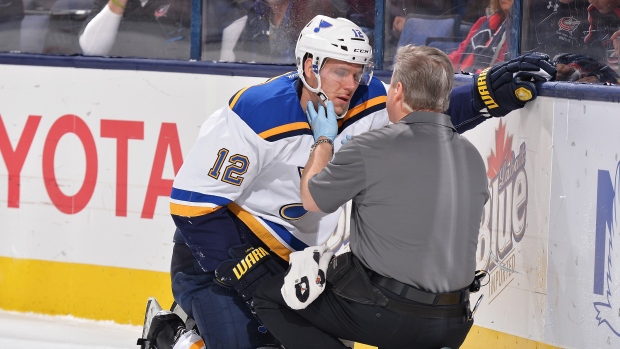 St. Louis Blues centre Jori Lehtera was taken a hospital on Tuesday night after taking a high-stick to the throat and head area against the Columbus Blue Jackets, according to Fox Sports Ohio.

Lehtera left the game in the first period after Brandon Saad's stick struck him in the upper-body area. He left the ice under his own power and appeared to be bleeding above his lip.

According to the broadcast, Lehtera was taken to the hospital by ambulance in street clothes.

The Blues did not provide an update on Lehtera's status after the game, which the Blues lost 3-1.