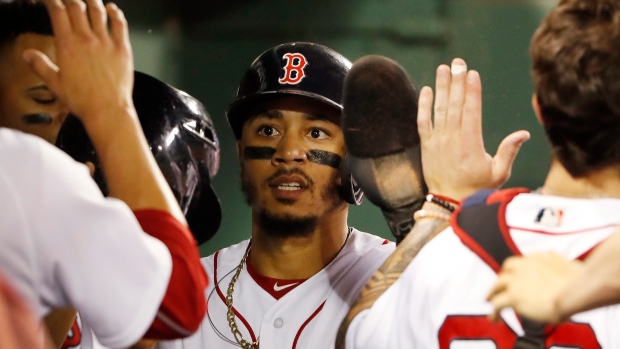 "I'm sure we'll have conversations at the appropriate time," Kennedy said.

"We've engaged in discussions with him and his representatives in the past and we'll continue to engage with them. We'll see where it all takes us."

Cotillo notes the news doesn't come as much of a surprise considering new chief baseball officer Chaim Bloom was hired less than two weeks ago, joining the club after Dave Dombrowski was fired mid-season.

Betts is entering his final year of team control and if no deal is reached, will hit the open market following the 2020 season. Cotillo notes the Red Sox have previously tried to lock up Betts long-term but have not been successful.

Cotillo also adds that Betts' future with the Red Sox is unclear because of the club's desire to cut payroll -- a move that became even tougher after slugger J.D. Martinez announced Monday that he was opting in to his $23.75 million salary for next season.

The 27-year-old made $20 million last season but is certain to receive a hefty raise in arbitration this winter.