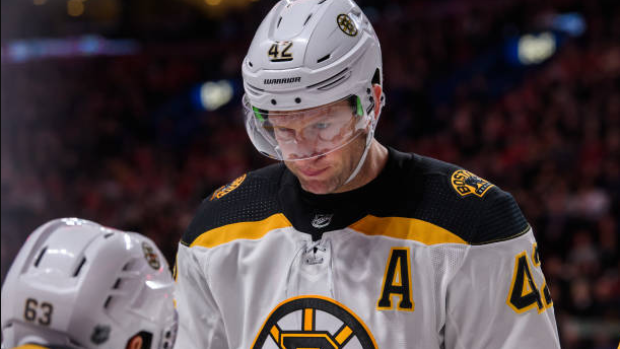 For the first time in his postseason career, veteran Boston Bruins forward David Backes will be a healthy scratch for Thursday's Game 1 clash against the Toronto Maple Leafs, according to Joe McDonald of The Athletic.

David Backes will be a healthy scratch for the first time in his postseason career when the Bruins face the Maple Leafs in Game 1 on Thursday at TD Garden. He discussed the situation with @TheAthleticBOS and story will be posted soon.

The 34-year-old did not skate with any of the four forward lines during Wednesday's practice in Boston.

He netted two goals and an assist over 12 postseason games last season as the Bruins took out the Leafs in seven games in the opening series.