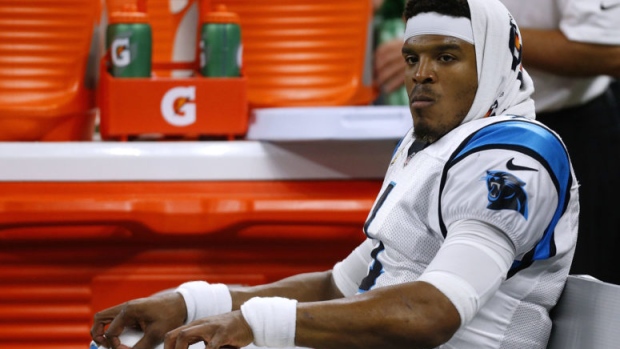 The 2019 season has not been the year that Cam Newton would've hoped for.

After playing in just two games this year, Newton was sidelined with a foot injury, an injury he originally sustained in the preseason.

It was initially believed that Newton would look to rehab his injury and get back on the field at some point during the season, but that came to an end when the Panthers placed him on the injured reserve.

With his season all but done, Newton is considering surgery to repair the Lisfranc injury in his foot, a procedure that has a recovery time of eight-to-10 weeks -- three months at the most, according to the NFL Network’s Ian Raporpot.

Raporpot is also reporting that Newton still wants to play in 2020, and there is a growing belief that his time in Carolina could be done with the possibility of a trade in the offseason.

In 2020 Newton is due $18.6 million along with a $2 million option bonus, his cap hit of $21.1 million is only the 14th highest among quarterbacks, making him a tradable asset.

Stepping up in Newton’s absence has been QB Kyle Allen. His 5-1 record and nine touchdowns have helped turn around what looked like a potential lost season for the Panthers and has opened the door to a possible Newton trade.