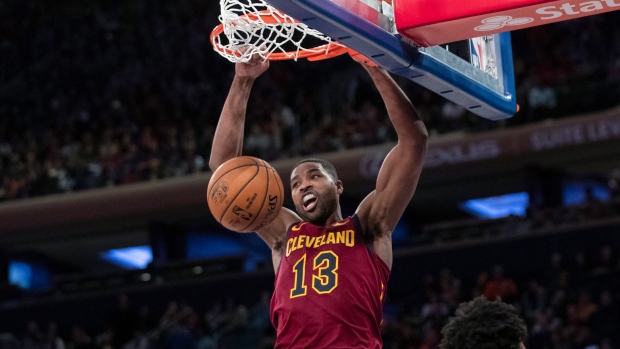 Canadian Tristan Thompson is in agreement with the Boston Celtics on a two-year, $19 million contract, according to Chris Haynes of Yahoo Sports.

Thompson has long been considered one of the NBA’s best rebounders – especially on the offensive end – and also averaged a career-best 12.0 points per game last season. At 10.9 points a night the year before, Thompson has now averaged a double-double in each of his past two campaigns.

The Brampton, Ont., native was selected No. 4 overall by the Cleveland Cavaliers in the 2011 NBA Draft out of the University of Texas.

Thompson helped the Cavs to their first NBA Championship in franchise history in 2016 alongside LeBron James and Kyrie Irving. He averaged 6.7 points and 9.0 rebounds throughout those playoffs.