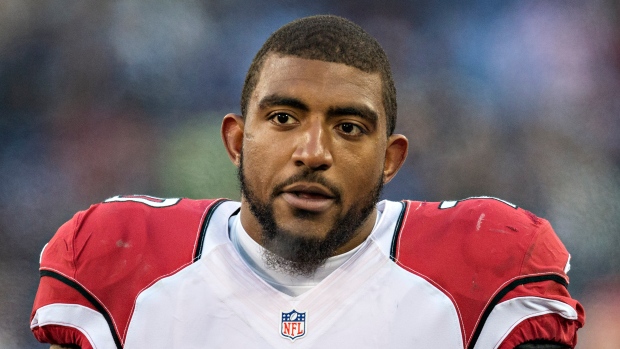 Massie, entering his fourth season in the NFL, started every game at right tackle for Arizona last season. The 2012 fourth-round draft pick out of Mississippi was holding onto the job in camp despite the Cardinals' selection of tackle D.J. Humphries in this year's draft.

The suspension first was reported by ESPN.

Humphries played left tackle at Florida but, with Jared Veldheer firmly entrenched on the left side, the Cardinals moved the rookie to right tackle.

Coach Bruce Arians has been critical of Humphries' lack of progress but said he had been playing better lately before being sidelined last week with a sore knee.

"D.J.'s making a nice move," Arians said before news of Massie's suspension leaked out. "Hopefully he can get back out there and go as well as he was. He's gotten serious about this stuff. It's not college anymore."

Asked why the improvement, Arians said it was due to a knee in Humphries' rear end every day.

Drafting Humphries as the 24th pick overall was one of two major moves made by the Cardinals in the off-season to bolster the offensive line. The other was to sign free agent left guard Mike Iupati.

Massie started all 16 games at right tackle as a rookie in 2012 but in 2013, Arians' first in Arizona, he lost much of his playing time to Eric Winston.

Cardinals inside linebacker Darryl Washington was suspended all of last season for violating the league substance abuse policy and has yet to be reinstated.