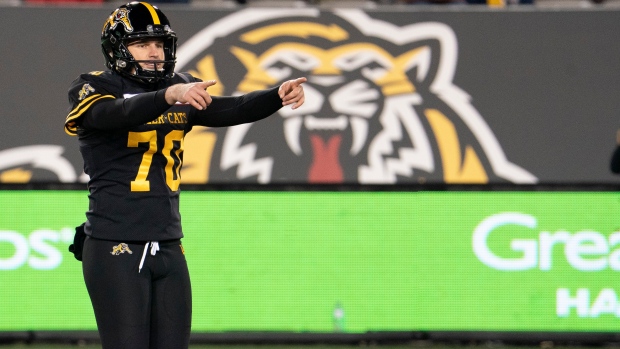 The Carolina Panthers have released kicker Lirim Hajrullahu, according to a report from Dave Birkett of the Detroit Free Press.

Panthers are releasing K Lirim Hajrullahu. One of the best legs from the CFL a few years ago back on the market for kicker-needy teams.

Hajrullahu is a six-year Canadian Football League veteran who originally signed in the NFL with the Los Angeles Rams last year. After the Rams released Hajrullahu, he signed onto the Carolina Panthers' practice roster and was later signed to a futures deal with the team.

The 30-year-old spent six seasons in the CFL split between the Winnipeg Blue Bombers, Toronto Argonauts, and Hamilton Tiger-Cats.