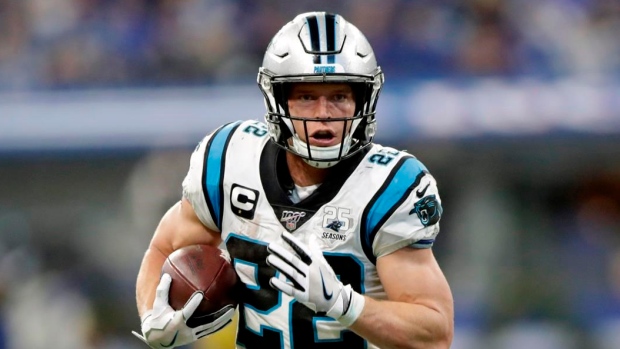 Carolina Panthers running back Christian McCaffrey was not activated from injured reserve prior to the 4pm et deadline and will not take part in Thursday night's game against the Atlanta Falcons according to multiple media reports.

Panthers officially did not activate RB Christian McCaffrey off Injured Reserve by today’s 4 p.m. deadline, meaning he’s ineligible to play tonight vs. the Falcons. McCaffrey’s next chance to play will be Nov. 8 at Kansas City and the sense is that he’ll be ready then.

McCaffrey returned to practice Tuesday, but will have to wait another week before returning to game action.

He has been out for the last five games since sustaining a right ankle injury in Week 2.

Following their matchup with the Falcons to kick off Week 8, Carolina will be back in action against the Kansas City Chiefs in Week 9.