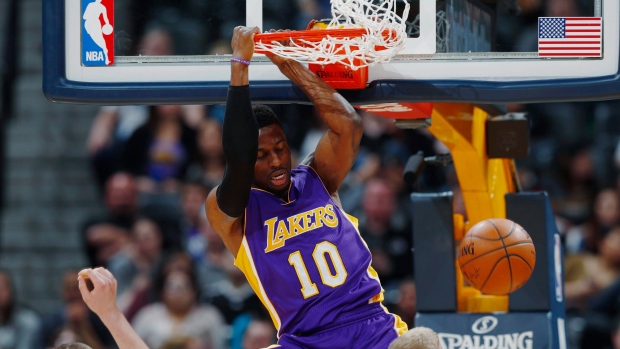 CLEVELAND — A person familiar with the negotiations says free agent guard David Nwaba has agreed to sign with the Cleveland Cavaliers.

Nwaba, who played for the Chicago Bulls last season, will join the Cavs once contract terms are finalized, said the person who spoke Wednesday to The Associated Press on condition of anonymity because negotiations between the sides are ongoing.

The 25-year-old Nwaba averaged 7.9 points, 4.7 rebounds and 23.5 minutes in 70 games — 21 starts — for the Bulls. Chicago revoked its qualifying off to Nwaba, who received interest from Indiana as a free agent.

At 6-foot-4, Nwaba is a solid defender and better-than-average shooter who will likely join Cleveland's rotation and give coach Tyronn Lue depth as the Cavs try to stay competitive following LeBron James' exit as a free agent.

Nwaba previously played with the Los Angeles Lakers and in Cleveland will be reunited with former teammates Jordan Clarkson and Larry Nance Jr.