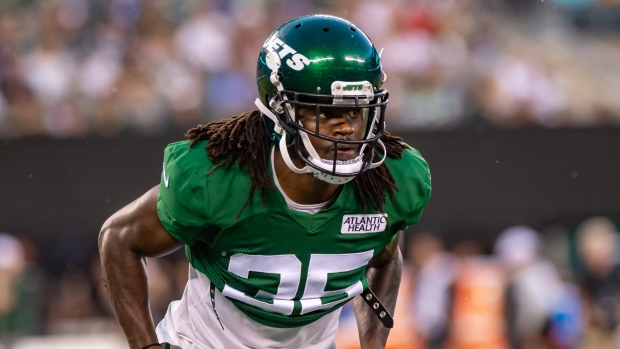 The Los Angeles Chargers have signed and added Canadian cornerback Tevaughn Campbell to their practice roster, according to a report by Herb Zurkowsky of the Montreal Gazette.

Former #AlsMTL Canadian cornerback Tevaughn Campbell, recently released by the New York Jets, worked out today for the Los Angeles Chargers, signed and has been added to the practice roster

The former Montreal Alouettes defensive back worked out for the Chargers on Tuesday, prior to being signed by the team.

The 26-year-old appeared in 10 games in 2018 with the Alouettes and posted two interceptions as well as two touchdowns along with 21 defensive tackles.

The Scarborough native spent two seasons with the Als, after one season with the Saskatchewan Roughriders and one with the Calgary Stampeders.

Campbell signed with the New York Jets in January and was released on NFL roster deadline day.