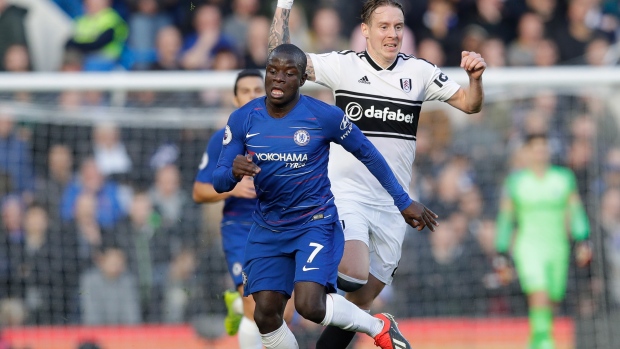 Chelsea will allow N'Golo Kante to train away from the club in the midst of the coronavirus (COVID-19) pandemic, even if that means the France midfielder will miss the remainder of the club's season.

The 29-year-old Kante initially returned to the club's facilities on Tuesday, but has since decided to remain at home with the blessing of the club, reports the BBC's Alistair Magowan.

In 2018, Kante had a fainting spell during training and his brother died that same year of a heart attack. Black people are twice as likely to die from coronavirus than white people in England, according to research by the National Health Service.

Kante's decision to stay home follows that of Watford captain Troy Deeney, who also decided to report for training due to his ongoing concerns about safety and his young son's breathing difficulties. Six players and staff - including Deeney's teammate Adrian Mariappa - tested positive for the virus on Monday and Tuesday when the Premier League enacted mass testing of all club players and staff members.

Chelsea have nine matches remaining on their schedule and sit fourth in the table, three points ahead of Manchester United for the final Champions League place.

The 2017 PFA Player of the Year and a World Cup winner in 2018, Kante is now in his fourth season at Stamford Bridge and has made 22 appearances this season across all competitions.