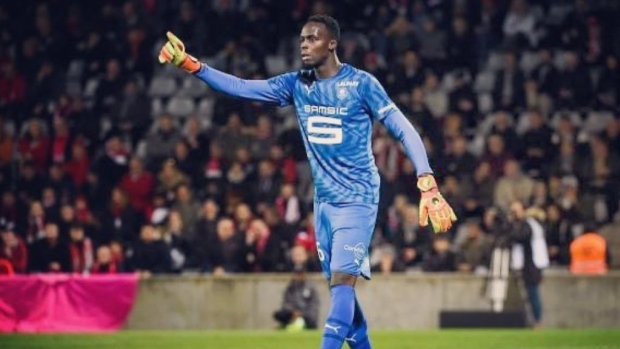 Kepa Arrizabalaga's days as Chelsea's No. 1 goalkeeper appear to be coming to an end.

The BBC's Alistair Magowan reports the Blues have agreed a fee with Rennes to sign Senegal international Edouard Mendy.

The move comes after yet another high-profile error by Arrizabalaga that led directly to a goal. During Sunday's 2-0 loss to Liverpool, an errant clearance by the Spain international landed right at the feet of Sadio Mane who easily beat Arrizabalaga for his second goal of the match.

Internationally, Mendy has been capped eight times. The Montivilliers, France native qualified to represent Senegal through his mother.

Chelsea is next in action on Wednesday when they host Championship side Barnsley in League Cup play. Manager Frank Lampard has already announced that Willy Caballero will start in goal for the Blues.