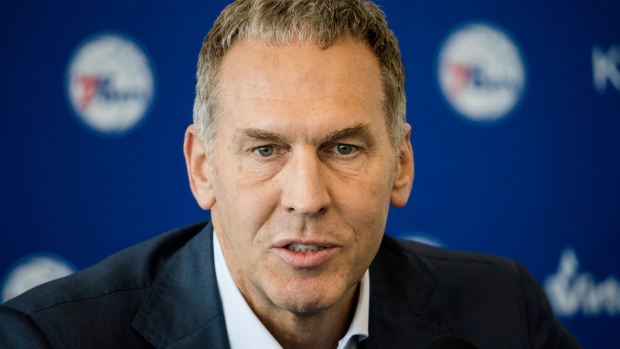 Could Bryan Colangelo be getting another shot?

According to The Athletic's Shams Charania, the Chicago Bulls will interview him for the club's top basketball operations position.

Colangelo has served as the lead executive with the Toronto Raptors, Phoenix Suns and Philadelphia 76ers but is best remembered for his role in a fiasco over anonymous Twitter accounts that led to an investigation and eventually his resignation from the Sixers in 2018.

The investigation was a result of a report from The Ringer that Colangelo had a number of  anonymous Twitter accounts that he allegedly used to criticize Sixers players, former GM Sam Hinkie and other league executives.

Tweets from these accounts revealed medical information about current and former players, information about Toronto Raptors president Masai Ujiri, the man who replaced Colangelo with the Raptors. The accounts also appeared to defend Colangelo on issues ranging from basketball-related decisions to the size of his shirt collars.

It was eventually revealed that his wife, Barbara Bottini, was behind several of the accounts. Colangelo also admitted to owning one, but it did not tweet.