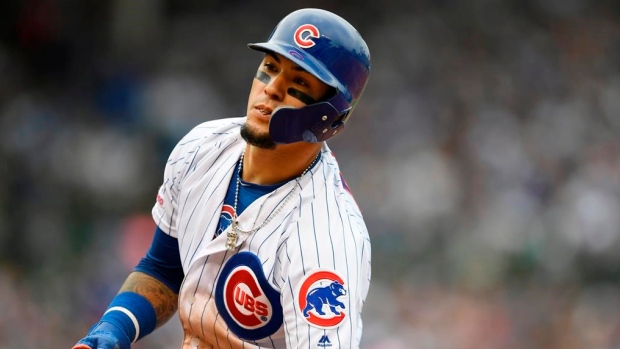 Javier Baez's representatives and the Chicago Cubs are expected to sit down and discuss at the winter meetings to see if a contract extension "is possible," reports the MLB Network's Jon Heyman.

Javier Baez’s reps and the Cubs are expected to sit down at the winter meetings to see if an extension is possible. Would be a whopper obvs. Cubs still need to figure out who from the core will be dealt.@GDubCub 1st mentioned Baez talks

Heyman adds the Cubs are still trying to figure out who "from the core will be dealt" as the club looks to re-tool after missing the playoffs.

Gordon Wittenmyer of the Chicago Sun-Times was first to mention dialogue between Baez and the Cubs.

Baez has spent the last six seasons with the Cubs and emerged as one of the top infielders in the league over the past couple seasons. After finishing second in MVP voting in 2018, Baez picked up where he left off last season, hitting 29 home runs and driving in 85 while hitting .281 in 138 games before an injury ended his season early.

He was named to the All-Star Team for the second straight season.

Baez made his big league debut in 2014 but struggled mightily early on in his career before finding his footing full time in 2016, helping the Cubs to their first World Series title in over 100 years.

Chicago finished last season at 84-78 to miss the playoffs for the first time in four seasons.