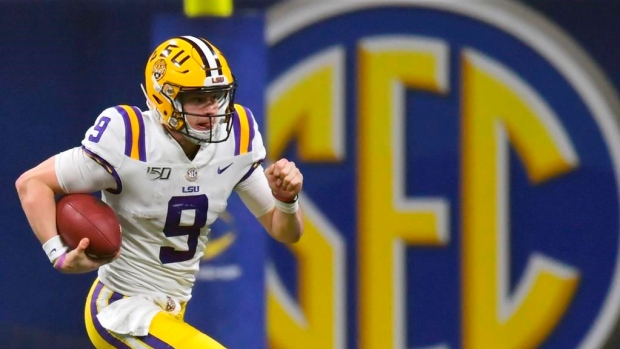 The LSU quarterback has agreed to a fully guaranteed, four-year deal worth $36 million with a $23.9 million signing bonus.

The #Bengals have agreed to terms with No. 1 overall pick QB Joe Burrow on his fully guaranteed, four-year, $36-million contract with a $23.9M signing bonus. Every top 5 pick is now under contract.

Shortly after news of the deal broke, the team seemingly confirmed the deal with a GIF.

A native of Ames, IA, Burrow led the Tigers to an undefeated 2019 and its first national championship since 2007.

The last time the Bengals drafted with the first overall selection was 2003 when they took USC QB Carson Palmer.