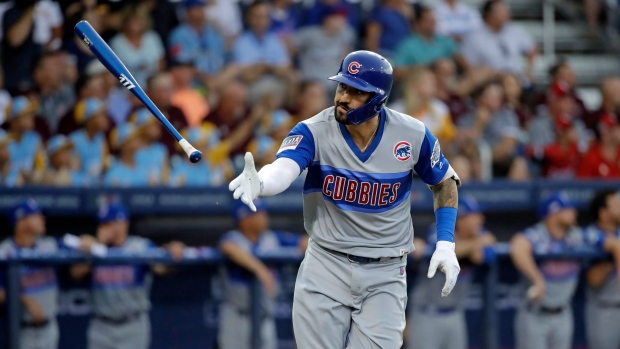 The Cincinnati Reds remain a player for free agent outfielder Nicholas Castellanos according to The MLB Network's Jon Heyman.

Reds, who have already had a big winter, remain a player for Nick Castellanos. Rangers among others in.

Heyman adds the Texas Rangers are among other teams in.

Castellanos is the highest-ranking player left on TSN's Top 50 MLB Free Agents list at No. 9 and sits alongside Yasiel Puig (14) and Brian Dozier (50) as the only players from the list left on the market.

Castellanos was traded from the Detroit Tigers to the Chicago Cubs at the trade deadline and finished strong for his new club.

The 27-year-old ended the season with 27 homers, 16 of which came with the Cubs, and a career-best OPS of .863. Prior to his time on the North Side of Chicago, he spent six and a half seasons with the Tigers.

He made his big league debut back in September of 2013.