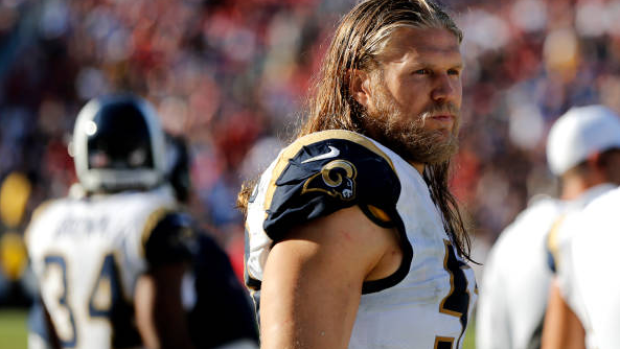 After calling out the team for unpaid dues earlier this month, Clay Matthews is now filing a grievance against the Los Angeles Rams, ESPN reports.

The grievance is over $2 million in unpaid guarantees for the linebacker, who was released by the Rams in March after one season with the team.

Matthews took to Twitter to allege the Rams still owed him money on April 9 after former teammate Todd Gurley posted that the team was "past due" in paying him.

"You and me both TG! Better get some interest with that too," Matthews responded to Gurley's tweet.

You and me both TG! 😤 Better get some interest with that too 📈 https://t.co/E8RIOhg7sH

The Rams told ESPN at the time that they believe they are in full compliance with the language in each player's contract.

Matthews, who remains an unrestricted free agent, was signed last off-season by Los Angeles on a two-year deal after a 10-year tenure with the Green Bay Packers.

Despite high hopes coming off a Super Bowl appearance the season before, the Rams finished at 9-7 and missed the playoffs for the first time under head coach Sean McVay, who took over the team to start the 2017 season.