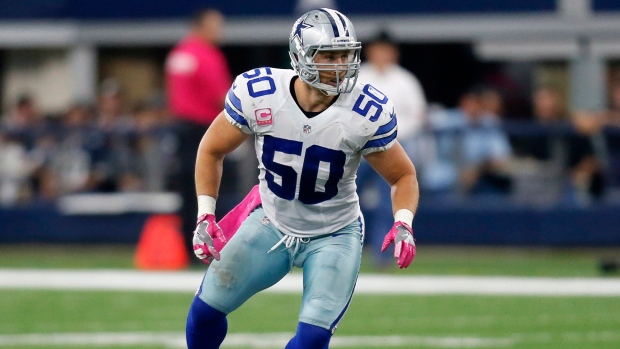 Sources: #Cowboys LB Sean Lee is expected to be out six weeks after undergoing hernia surgery last week in Philadelphia with noted specialist Dr. William Meyers. Lee started the season on injured reserve and now is looking at a mid-October return.

Lee started the season on injured reserve and is now looking at a mid-October return, per Slater.

The Cowboys are also without linebacker Leighton Vander Esch after he broke his collarbone in Week 1.

Lee is coming off the first full 16-game season of his career last season. The 34-year-old former All Pro finished the campaign with 86 tackles and a sack.