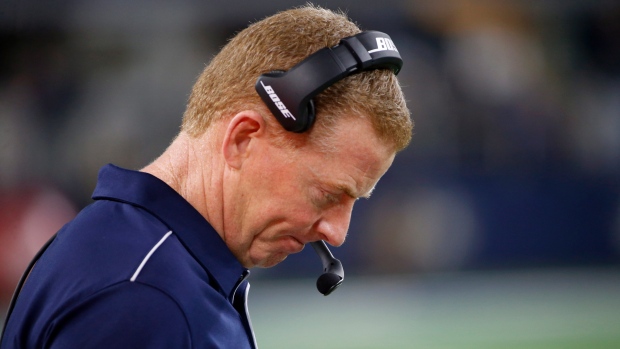 The Dallas Cowboys will most likely part ways with head coach Jason Garrett this offseason unless the Cowboys can make a deep playoff run, according to Ian Rapoport of NFL Network.

"It does appear to be heading to a divorce," Rapoport said on Sunday. "The only way from what I understand Jason Garrett could save [his job] is make the playoffs, go deep into the playoffs, most likely to the NFC title game."

From @NFLGameDay: The #Cowboys are headed to a divorce with coach Jason Garrett, unless Garrett saves it by leading the team deep, deep into the playoffs. pic.twitter.com/q4QhfE0Ifr

Rapoport adds that there is no indication Garrett will be fired during the regular season.

The Cowboys fell to the Chicago Bears Thursday night for their third straight loss, but are still first in the weak NFC East with a 6-7 record. The Philadelphia Eagles can tie Dallas with a win over the New York Giants on Monday Night Football.

The 53-year-old Garrett is in his 10th season as head coach of the Cowboys and holds a total record of 83-66. He's led the Cowboys to three playoff appearances, winning two games.