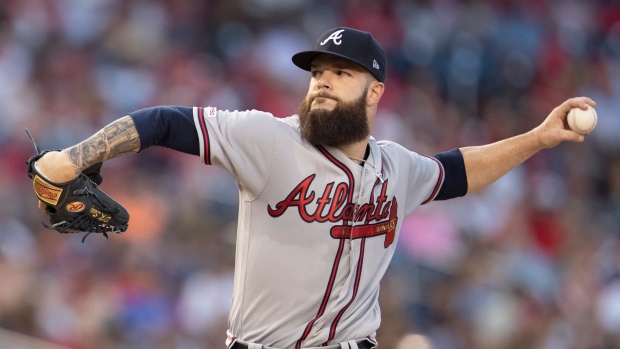 The Chicago White Sox and left-hander Dallas Keuchel have agreed to a $55.5 million, three-year deal, a person familiar with the negotiations told The Associated Press.

The person spoke on condition of anonymity Saturday night because the agreement had not been announced. Keuchel's deal includes a vesting option for 2023 that would bring the total value to $74 million.

The 31-year-old Keuchel won the AL Cy Young Award with the Houston Astros in 2015 but struggled to find work last off-season as a free agent. He signed a roughly $13 million, one-year deal with the Atlanta Braves in June and went 8-8 with a 3.75 ERA for the NL East champions.

Chicago is hoping to challenge in the AL Central behind a young core of hitters, including Yoan Moncada, Tim Anderson and Eloy Jimenez. Top prospect Nick Madrigal might also be ready to get significant time at second base. The White Sox were 72-89 last season, well behind the 101-win Minnesota Twins and 93-win Cleveland Indians.

Agent Scott Boras negotiated the deal for Keuchel and has earned his players $936.5 million in contracts this off-season, including a $324 million, nine-year deal between Gerrit Cole and the New York Yankees and $245 million, seven-year deals for Stephen Strasburg with the Washington Nationals and Anthony Rendon with the Los Angeles Angels. Boras is expected to clear the $1 billion mark this winter.