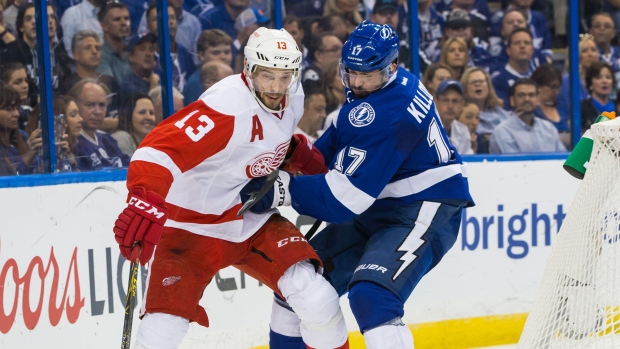 The Magic Man looks ready to perform his final act.

According to Ted Kulfan of The Detroit News, Detroit forward Pavel Datsyuk is expected to confirm at a "media address" at noon on Saturday he will not be returning to the Red Wings next season.

Kulfan reports that Datsyuk agent Daniel Milstein confirmed the Saturday press conference, leading to the speculation that Datsyuk has played his final game in the NHL.

The 37-year-old Russian has been the talk of retirement rumours for the last month and his agent confirmed to The Detroit Free Press at the end of May that he had been offered to play for SKA St. Petersburg of the KHL.

Datsyuk scored 16 goals and 44 points in 66 games this season and has totaled 314 goals and 604 assists for 918 points in 953 regular season games contests - all with the Red Wings.