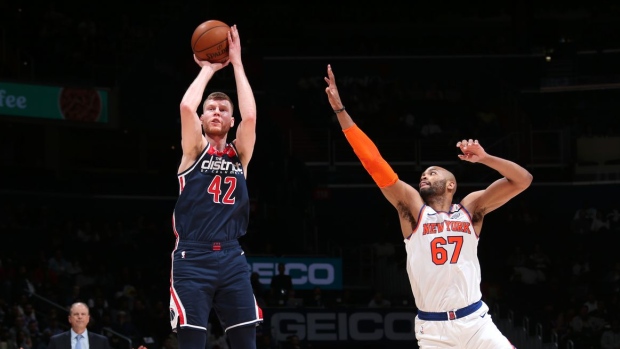 Free agent forward Davis Bertans has agreed to a 5-year, $80M deal to return to the Washington Wizards, his agent @ArtursKalnitis tells ESPN. Deal includes an ETO after fourth year. One of biggest deals ever for a European-based agent in NBA.

Wojnarowski adds the deal includes an early termination option after the fourth year.

After three seasons as a three-point specialist with the San Antonio Spurs, Bertans broke out in a big way with the Washington Wizards last year.

The 28-year-old averaged 15.4 points per game on a remarkable 42.4 per cent from three-point land despite shooting more than eight attempts a night. The mark was no outlier as Bertans shot 42.9 per cent from deep the season before.

The Valmiera, Latvia, native was selected by the Indiana Pacers but saw his rights traded to the Spurs in a deal with Kawhi Leonard on draft day. Bertans did not end up making his NBA debut until more than five years later.