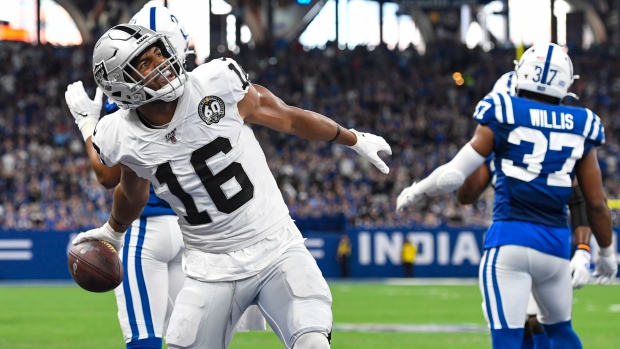 Former Raiders' WR Tyrell Williams reached agreement on a one-year deal worth up to $6.2 million with the Detroit Lions, per source.

Schefter notes the value of the deal could be worth up to $6.2 million.

Williams, 29, was released two years into a four-year, $44 million deal with the Raiders late last month.

The Western Oregon product missed all of the 2020 season with a torn labrum.

In his first season with the Raiders in 2019, he recorded 651 yards on 42 receptions with six touchdowns, but missed two games with a plantar fasciitis issue.

A native of Salem, OR, Williams worked his way up from the San Diego Chargers practice squad in 2014 to a 1,000-yard receiver by 2016 when he hauled in 69 catches for 1,059 yards and seven TDs. Williams spent his first four seasons with the Chargers.

The addition of Williams comes with the Lions' leading receiver, Kenny Golladay, set to become a free agent.