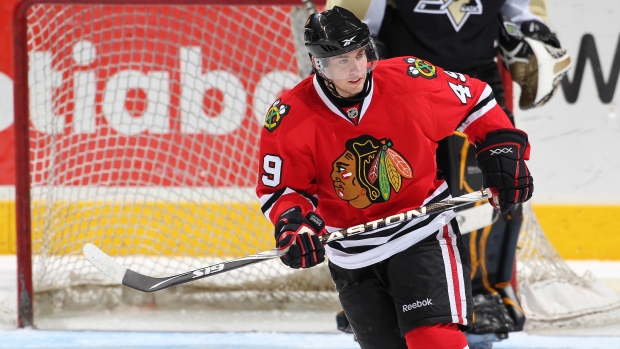 The 28-year-old winger has signed a deal with the Ottawa Senators, according to Peter Jakob, president of Swiss National League A club SCL Tigers.

A sixth-round draft pick of the Toronto Maple Leafs in the 2007 National Hockey League Entry Draft, DiDomenico spent the last four seasons in Switzerland with the Emmental-based club. Senators coach Guy Boucher and assistants Marc Crawford and Rob Cookson also have experience with the league.

The contract is reportedly for two years with the rest of the current season on a one-way deal and next season on a two-way deal.

A native of Woodbridge, Ontario, DiDomenico was a member of Canada's gold medal-winning entry at the 2009 World Junior Hockey Championships.

Before he would reach the Sens, DiDomenico would likely have to clear waivers, notes The Ottawa Sun's Bruce Garrioch.

In 48 games with the Tigers this season, DiDomenico recorded 10 goals and 28 assists.