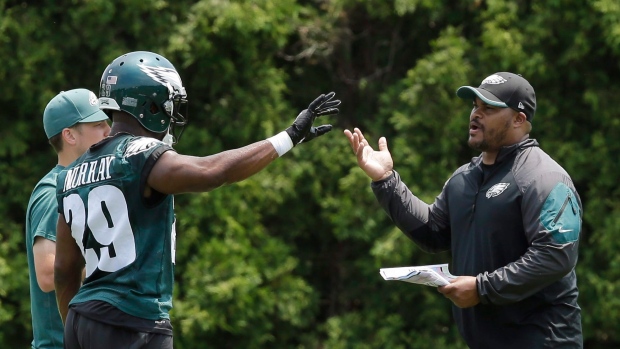 Passed over for the Philadelphia Eagles' head coaching job, Duce Staley is moving on.

Staley, 45, had been on the Eagles' staff for the last decade, working under Andy Reid, Chip Kelly and Doug Pederson, including their Super Bowl LII-winning team.

He had expressed interest in the team's head coaching vacancy after the dismissal of Pederson earlier this month, but was passed over in favour of Indianapolis Colts offensive coordinator Nick Sirianni.

As a player, Staley spend 10 seasons in the NFL with the Eagles and Pittsburgh Steelers, winning Super Bowl XL with the latter in 2005.