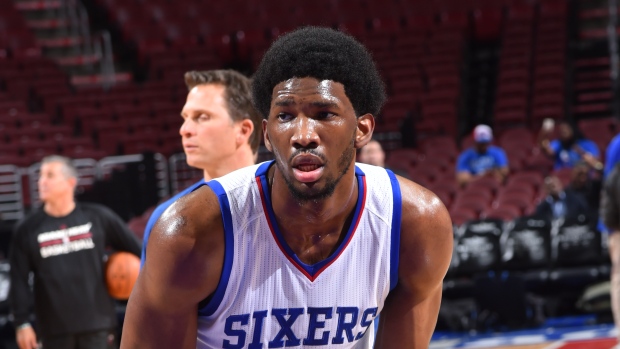 PHILADELPHIA - Joel Embiid may not make his NBA debut until 2016, if at all.

Embiid and the Philadelphia 76ers have determined the centre will have a second surgery on his right foot, a person familiar with the decision told The Associated Press.

The person spoke on condition of anonymity Saturday because the team has yet to make an announcement. The Philadelphia Inquirer was first to report Embiid will have another operation.

The 7-footer from Kansas was the third overall pick in the 2014 NBA draft. He missed his entire rookie season after having surgery to repair a stress fracture in his foot last June.

The team announced last month he suffered a setback in his recovery. Embiid now is likely to also sit out another season, and it's possible the injury could be career-threatening.

Embiid, a native of Cameroon, played one season in 2013-14 at Kansas and was considered the top pick until injuries set him back. He hurt his back while landing awkwardly during a game and missed the Jayhawks' final two regular-season games and the Big 12 Tournament. He also missed a victory over Eastern Kentucky and a season-ending loss to Stanford in the NCAA Tournament.

Embiid then had foot surgery before the draft, but the rebuilding Sixers weren't afraid to take a chance on him at No. 3. Philadelphia is 37-127 under general manager Sam Hinkie and coach Brett Brown.

The team used the No. 3 pick last month on Duke centre Jahlil Okafor.