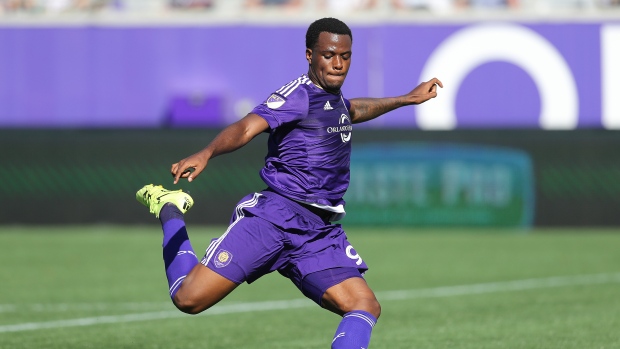 Cyle Larin could be headed across the pond.

The Sun's Mike McGrath reports that Everton is looking at the 21-year-old Orlando City striker as a possible replacement for Belgian international Romelu Lukaku, who looks set for an exit from Goodison Park.

A native of Brampton, Ontario, Larin has scored 32 goals over the last two seasons for Orlando City and has scored three in two matches this year. Larin has been capped 19 times by Canada.

Larin's former manager at Orlando, Adrian Heath, made 226 appearances for Everton as a striker from 1982 to 1988.

Lukaku, 23, reportedly turned down a five-year deal from Ronald Koeman's side in early March, questioning the Liverpool club's ambition and expressing a desire for Champions League football. He's since been linked with a return to Chelsea, as well as moves to Manchester United, Paris St-Germain and Juventus.

His 21 goals lead the Premier League this season.