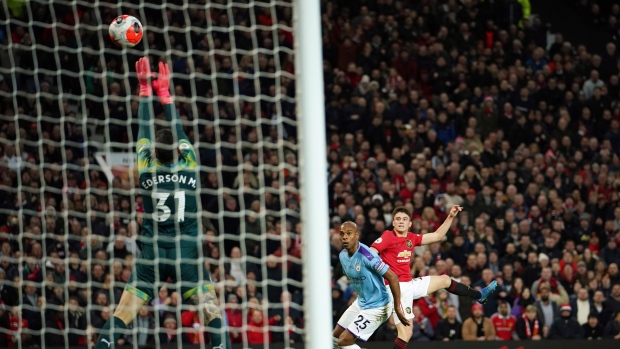 They already have James Rodriguez, but Everton could be looking to add a James of a different kind in the January transfer window.

Everton had tried to sign the 23-year-old James from Swansea City in 2019, but were beaten to his signature by the Red Devils who took him to Old Trafford for £15 million.

After a bright start to his United career, James fell down the pecking order among Ole Gunnar Solskjaer's options and has found his playing time limited. Thus far in the current season, James has made five appearances for the club, including three in the Premier League.

James remains an important part of the Wales squad and played 89 minutes and scored in Wednesday's 3-1 victory over Finland in UEFA Nations League play.

The question remains whether or not United would sanction a loan to the Toffees, should they perceive them to be a rival for a European place.

Everton, currently seventh in the table, is mired in a three-match losing streak, most recently falling 3-1 to United. They return from the international break on Sunday when they head to London for a date with Fulham.