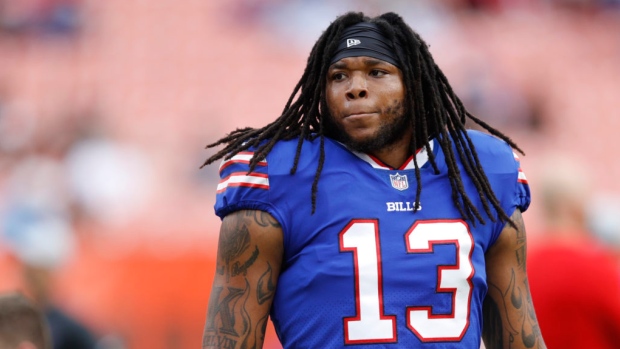 Former first round draft pick Kelvin Benjamin, who played four seasons at wide receiver, is signing with the New York Giants as a tight end, according to NFL Network's Ian Rapoport.

Benjamin was selected by the Carolina Panthers 28th overall in 2014, and finished with 78 receptions for 1,008 yards and nine touchdowns his rookie season.

The 30-year-old has also played for the Buffalo Bills and Kansas City Chiefs, and has 209 receptions for 3,021 yards and 20 touchdowns in his career.