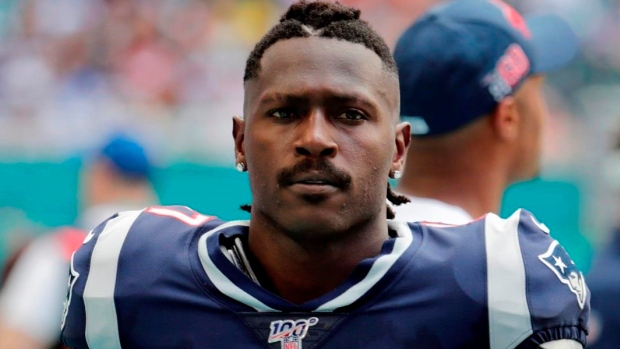 Antonio Brown's eight-game suspension takes effect Week 1, regardless of whether he's on a roster -- and could be extended if further violations are found related to an ongoing civil suit in Florida, per source.

So AB is sidelined at least through Week 8, and potentially longer

The suspension is in light of an ongoing civil suit against the 32-year-old Brown in the state of Florida levied against him by a former trainer who alleges sexual assault and harassment by the four-time All-Pro.

Brown's agent, Ed Wasielewski, confirmed the suspension and said that Brown will not be appealing the decision.

The NFL has reached its decision to suspend my client Antonio Brown @AB84 for 8 games. Antonio accepts this decision and will not appeal. He is excited to resume his outstanding football career and is looking forward to playing in the 2020 season.

Should Brown play in the NFL in 2020, he would be unable to play until at least Week 9. It's unclear if that will happen with Brown announcing late week that he had retired from football.

"Is it time to walk away," Brown tweeted. "I done everything in the game, at this point the risk is greater than the reward."

A native of Miami, Brown appeared in a single game in 2019 for the New England Patriots. In a Week 2 contest against the Miami Dolphins, Brown hauled in four receptions for 56 yards and a touchdown.

A sixth-round pick out of Central Michigan in 2010, Brown spent the first nine seasons of his career with the Pittsburgh Steelers. After a very public falling out with quarterback Ben Roethlisberger following the 2018 season, Brown asked for a trade and was subsequently dealt to the Oakland Raiders.

Brown would never play for the Raiders following a number of bizarre incidents in the offseason and into training camp, including insisting on wearing an old helmet that had since been deemed unsafe by the NFL, threatening general manager Mike Mayock and releasing a video on YouTube featuring a private conversation with head coach Jon Gruden.

On Sept. 7, the Raiders released Brown, who signed a one-year deal with the Pats that same day.

In recent weeks, Brown has been attached to both the Seattle Seahawks, after having worked out with QB Russell Wilson, and the Baltimore Ravens, for whom Brown's cousin, Marquise "Hollywood" Brown, plays.