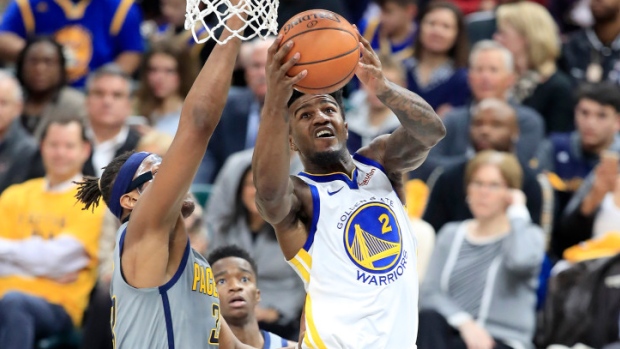 The Golden State Warriors are bringing a familiar face back into the fold.

The Athletic's Shams Charania and Anthony Slater report the team will sign centre Jordan Bell to a two-way deal after the club converts forward Juan Toscano-Anderson's two-way deal into a standard NBA contract next week.

The Golden State Warriors are planning next week to convert two-way forward Juan Toscano-Anderson into a standard NBA contract, and sign Jordan Bell into the vacant two-way deal, sources tell me and @anthonyVslater.

The Los Angeles native won an NBA title with the team in 2018.

A product of Oregon, Bell appeared in five games for the Washington Wizards this season and had also been playing for the G League's Erie BayHawks.

Toscano-Anderson, 26, is in his second season with the Warriors. The Oakland native has appeared in 48 games for the team this season, averaging 5.4 points, 4.2 boards and 2.6 assists over 19.9 minutes a night.

The Warriors (34-33) currently hold down the eighth seed in the Western Conference. They're next in action on Saturday night when they host the Oklahoma City Thunder.