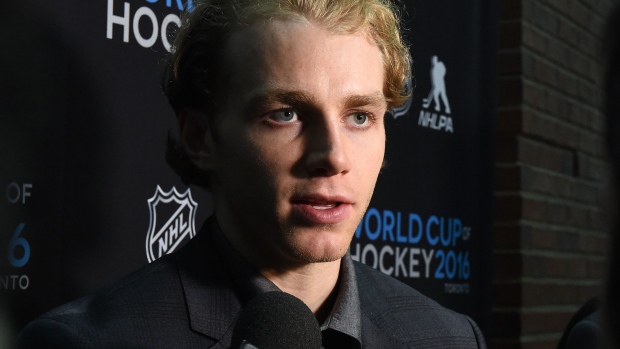 The Chicago Tribune is reporting that a Western New York grand jury is expected to resume the sexual assault investigation into Blackhawks star winger Patrick Kane.

The report comes just days after the Erie County district attorney's office postponed proceedings. Kane's attorney, Paul Cambria, told the Tribune that he did not know why prosecutors delayed the grand jury but said it was not at his request. He also said he was told the proceedings would resume soon.

Kane is under investigation for an alleged sexual assault of a woman in her 20s reportedly at the player's off-season home outside of Buffalo. He has not been charged with any crime.

In his only public comments, Hamburg Police Chief Gregory Wickett said last month that the investigation involved something that may have happened at Kane's home outside of Buffalo on Aug. 2. Wickett said police were gathering information and awaiting results of forensic tests

The NHL is aware of and monitoring the investigation but has not taken any disciplinary action against Kane, an eight-time 20 goal-scorer and one of the league's most recognized players.

Kane is from Buffalo and was selected by Chicago with the No. 1 pick in the 2007 draft. He has since helped the Blackhawks win three Stanley Cup titles in six years, including this past June, when Chicago defeated Tampa Bay in a six-game series.