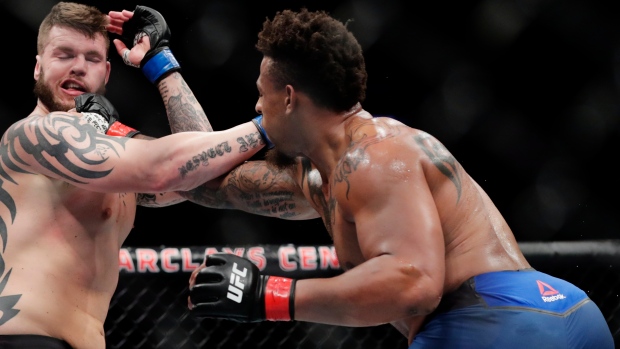 After being disqualified in his UFC debut in January, former NFL defensive end Greg Hardy is scheduled to return to the octagon in April, according to ESPN's Ariel Helwani.

Helwani reports Hardy (3-1 in his MMA career) will face heavyweight Dmitrii Smoliakov on April 27 at the UFC Fight Night event in Sunrise, Fla.

Hardy lost by disqualification to Allen Crowder on January 20 when he landed an illegal knee to Crowder's head in the second round.

Smoliakov (8-2) has lost both of his UFC fights to date and was last in the Octagon in January of 2017.