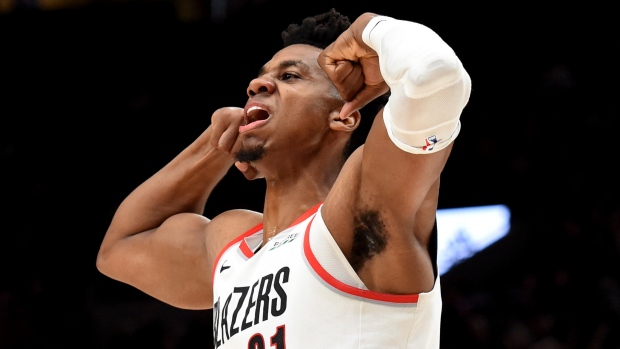 Free agent centre Hassan Whiteside has agreed to a one-year deal with the Sacramento Kings, according to a report by Adrian Wojnarowski of ESPN.

Whiteside appeared in 67 games last season for the Portland Trail Blazers and posted a career high 15.5 points per game, along with 13.5 rebounds and a league leading 2.9 blocks per game.

This will be the 31-year-old’s second stint with the Kings, who originally selected him 33rd overall in the second round of the 2010 NBA Draft.

Whiteside played 19 games over two seasons for the Kings.

He also spent five seasons with the Miami Heat before he was dealt to the Trail Blazers last summer.