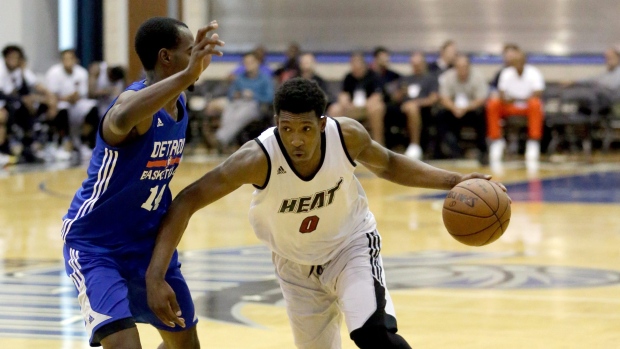 MIAMI — Josh Richardson may miss the start of the season for the Miami Heat, after the second-year shooting guard partially tore the medial collateral ligament in his right knee during an off-season workout Friday.

A person with knowledge of the situation told The Associated Press that Richardson is expected to miss the start of training camp later this month and possibly a few more weeks from there. The person spoke on condition of anonymity because the team had not divulged the severity of the injury.

"I'll be back asap no worries," Richardson wrote on Twitter.

The Heat open the season in less than seven weeks, and Richardson is expected to be a key contributor — in part because of how he finished last season, and in part because Miami will be without Dwyane Wade on the roster for the first time since 2003.

Dion Waiters and Wayne Ellington were among the off-season additions at shooting guard for the Heat, who also remain unclear on whether Chris Bosh will be able to start the season. Bosh's last two seasons ended at the All-Star break after the discovery of blood clots.

The Heat are scheduled to open training camp Sept. 27.

Richardson averaged 6.6 points in 52 games with Miami last season, but saw his stock soar after the All-Star break. He shot 53 per cent from 3-point range in that span, reaching double figures 14 times in a 23-game stretch.