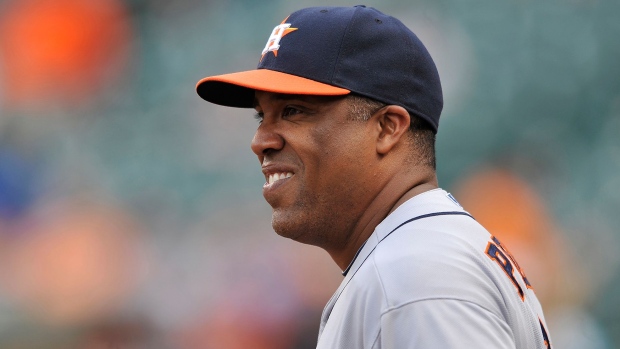 Add Eduardo Perez to the list of potential managers for the Houston Astros.

According to The Athletic's Ken Rosenthal, the Astros will interview Perez for their managerial vacancy on Tuesday. He previously served as a bench coach under Bo Porter in 2013.

Perez joins a list of names including Buck Showalter, John Gibbons, Will Venable and Dusty Baker to interview for the position, adds Rosenthal. Jon Heyman of the MLB Network reports they have also interviewed Joe Espada.

Astros also have interviewed for their manager job in-house candidate Joe Espada, the team’s bench coach, in addition to the very experienced Dusty Baker, Buck Showalter and John Gibbons. They are moving fast.

Houston has been looking for a replacement for A.J. Hinch after firing him last week once MLB handed down suspensions for the sign-stealing scandal.

Hinch was hired in 2015 and led the Astros to a World Series title in 2017 that has since come under fire.